Back to Blog Posts
Prev Next

Posted by Kathleen Helbig on Wednesday, July 20, 2022 at 12:39 AM By Kathleen Helbig / July 20, 2022 Comment
One unanticipated outcome of the pandemic has been a sharp rise in home improvement initiatives. Homeowners have used their free time by enhancing their houses, from extensive remodels to postponed maintenance tasks and everything in between. Unfortunately, not every project went off without a hitch. Many people tried to take on too much and failed their DIY projects.
The abundance of DIY magazines and TV shows has encouraged inexperienced homeowners to tackle home modifications independently over the past ten years. Even though it seems simple enough to smash a wall or pave a backyard, few people have the aptitude to pick up these abilities in a single long weekend. In certain circumstances, this was a prescription for catastrophe combined with the lack of contractor availability.
These DIY projects have the highest failure rates among the major failure areas:
• Bathroom–19.7%
• Kitchen-17%
• Yard/Landscaping-14.5%
• Bedroom-11.8%
Replacing a plumbing item had the highest failure rate, at a staggering 13.6 percent, followed by flooring at 10 percent. Even painting a room had a failure rate of 7.5%, which was more than predicted.
Of course, there were also some achievements: power washing, filter changes, showerhead replacements, garage projects, doorknob and cabinet pull replacements, etc.
We have all been impacted by the epidemic differently, but consider the cost of hiring a professional before starting a DIY effort based on a three-minute YouTube video.
For more home tips and inquiries, email us at [email protected] or call us at 636-385-5095. You can also reach us at http://www.experience-re.com/ #experiencerealestatepartners #experiencethedifference #expproud 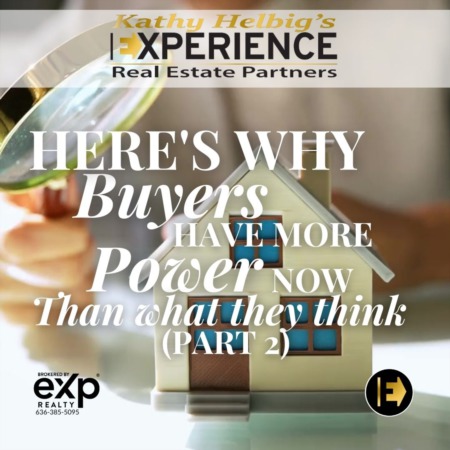 Here's Why Buyers Have More Power Now Than They Think. (Part 2)

Sellers are concerned because homes are vacant.Waivers for appraisals and inspections are no longer thought to be necessary in order to accept an ...Read More 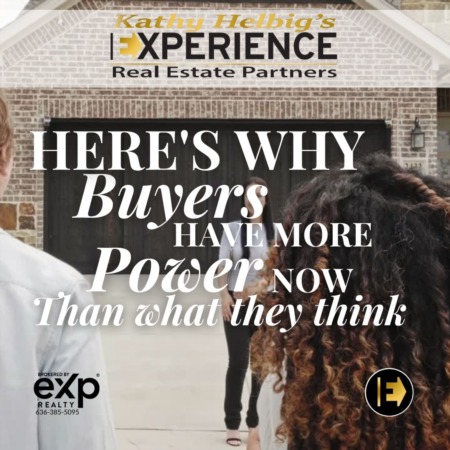 Here's Why Buyers Have More Power Now Than They Think. (Part 1)

A lot of prospective homebuyers are feeling helpless about their prospects of finding a good deal in the aftermath of mortgage rate hikes, a lack of ...Read More 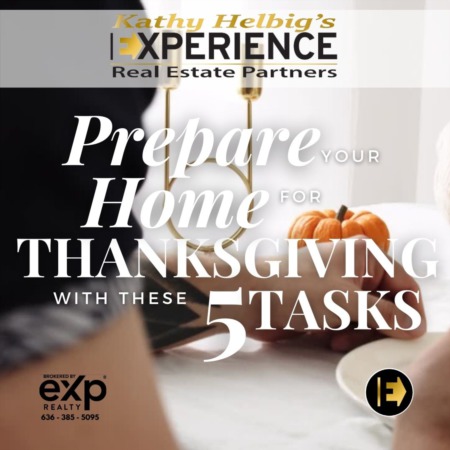 Prepare Your Home for Thanksgiving with These 5 Tasks

Are you unsure of where to begin with Thanksgiving preparations at home? After you arrange the menu, if you're hosting the big Thanksgiving lunch or ...Read More

Contact Us
Questions? We're Here to Help
Recently From Our Blog

Here's Why Buyers Have More Power Now Than They Think. (Part 2)

Here's Why Buyers Have More Power Now Than They Think. (Part 1)